CHAT with Kay Hardy Campbell – Caravan of Brides: A Novel of Saudi Arabia 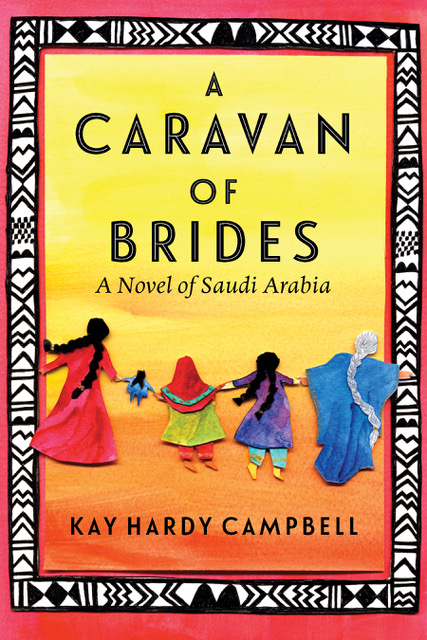 This event is part of our CHATS with Champions speaker series. They are free and open to the public in Skidompha’s Porter Hall. Please allow time for parking.

Jefferson author Kay Hardy Campbell will present a talk about her debut novel, A Caravan of Brides: A Novel of Saudi Arabia, for Skidompha Library’s “Chats with Champions” on March 28, 2019 at 10 a.m. in the library’s Porter Meeting Hall. Please allow time for parking.

A Caravan of Brides is a historical novel set in the free-wheeling city of Jeddah on Saudi Arabia’s west coast. Through the stories of two unlikely friends – a troubled college graduate and an elderly storyteller, the novel brings to life the history of modern Saudi Arabia.

“Usually, when we read about the history of Arabia, it’s about politics, war and oil,” Campbell says. “I wanted to explore how women lived through those years. Now, rapid change is overtaking Saudi society, opening up vistas and opportunities for Saudi women of all ages, regardless if they live in the city or small towns. The pace of change is astonishing, even to Saudi women. At the same time, there are challenges facing Saudi society that we read about in the headlines. My book focuses on the world of Saudi women of the past, exploring how they lived in city, town, and tribe.”

Campbell is an Arabic-speaking writer who worked as a freelance journalist while living in Saudi Arabia from 1978 to 1985.  She wrote about Saudi culture, the arts, and business, for English-language publications including the Arab News, Saudi Gazette and Saudi Business Magazine. She currently writes feature stories for Aramco World Magazine, and has returned to Saudi Arabia three times on assignment.

Kirkus Reviews gave A Caravan of Brides a coveted starred review. “Campbell’s masterful debut novel delivers a story that matches up flawlessly with real-life aspects of Middle Eastern culture, geography, and history… A mesmerizing Middle Eastern tale from beginning to end.” The book was named a Best Book of 2018 by Kirkus, in the category of Indie Historical Fiction.