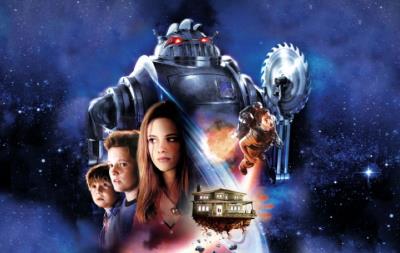 In partnership with Lincoln Theater, Skidompha Library is happy to announce the upcoming “Mysterious Fun,” film series, featuring free films for young audiences on Saturday mornings. Skidompha will be giving away free copies of the corresponding books to the public (to keep!); one per family, while supplies last.
All the movies in this series are free and open to the public of all ages. While we encourage families to read these titles, it is not required to attend the movies.
From Lincoln Theater’s Website:

An old and forgotten game develops magical powers in this fantasy for the whole family. Twelve-year-old Walter Budwing (Josh Hutcherson) and his younger brother, Danny (Jonah Bobo), figure they’re going to be in for a boring time when their father (Tim Robbins), who was supposed to spend the day with them, is suddenly called away on business, and gives them strict orders not to leave the house.

Walter, who doesn’t have much use for Danny, is motivated by boredom more than anything else when he agrees to play a board game Danny has found in the basement during a round of hide-and-seek….

This is a free event.