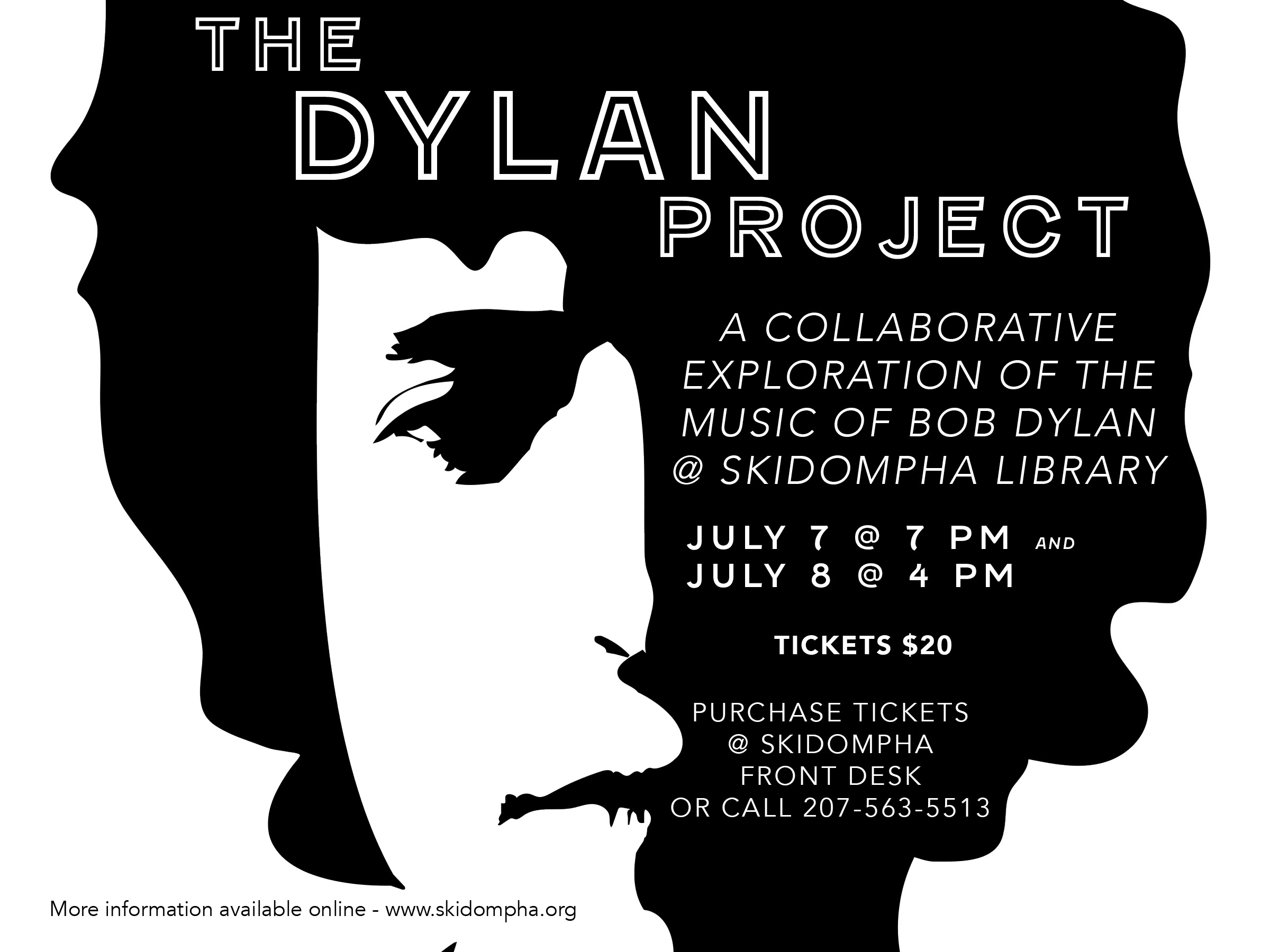 Maybe you are Like A Rolling Stone, or Just Like A Woman — not matter who you are you are welcome to join us for “The Dylan Project,” a musical extravaganza featuring Bob Dylan songs performed by the band 32 North, with very special guest, Harvard professor Richard F. Thomas, author of the book “Why Bob Dylan Matters.” As “The Bard” would say, Don’t Think Twice, It’s All Right to just buy a ticket and come to the show!

Over the course of the evening we will follow Dylan’s musical trajectory, looking at origins, influences, and changes in style over time. We’ll start with Dylan’s roots, and the musical ‘handoff’ between Dylan’s influences, such as Woody Guthrie (for those of you who came to “Woody Guthrie’s American Song” last summer at Skidompha, prepare for another rolicking good time!). From there, the band 32 North has curated a special list of Dylan songs that helps tell the story of the singer/songwriter’s activism and poetry as the Times They (were) A-Changing. The Dylan project will also feature a dramatic reading of Bob Dylan’s work by Nick Azzaretti of The River Company Theater, and a short talk by Professor Thomas. Performances are Saturday night, July 7th at 7pm, and Sunday afternoon, July 8th at 4pm. Tickets are $20, and may be purchased in advance at the Library circulation desk. Don’t just stand there Blowin’ In The Wind, grab One More Cup of Coffee and get your ticket before they’re all gone!