CHAT with Heather Cox Richardson: The History of the Republican Party 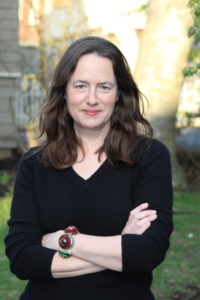 How did the United States arrive to its current era of partisan deadlock and reactionary politics? Heather Cox Richardson is a professor of history at Boston College and the author of five titles on the Republican Party. Richardson historically contextualizes the current political landscape through the philosophies and economic strategies of the past. She chronicles the shifts and mainstays of the Republican Party since its inception in the nineteenth century.

Richardson attended Phillips Exeter Academy in the first class to accept females then earned her B.A, M.A., and PhD. degrees from Harvard University. Richardson went on to teach at MIT, UMass Amherst, and Boston College. While at BC, she wrote her third book To Make Men Free: A History of the Republican Party, which will be the basis of her talk at Chats.

As an American political and economic history professor, Richardson is known for her ability to connect with her students and relate historical dilemmas to current issues. She is active online and considered a leading “twitterstorian,” explaining the historical background of modern political issues through Twitter threads and has hosted or co-hosted several webmagazines and podcasts.  She created Werehistory.org, a blog that publishes 1000-word articles discussing current events from a historical perspective.

Chats with Champions is a free community offering from your national award-winning Skidompha Library at 184 Main Street, Damariscotta, Maine. This program is generously sponsored by Sherman’s Maine Coast Book Shop. For more information, please call the library at 207-563-5513.