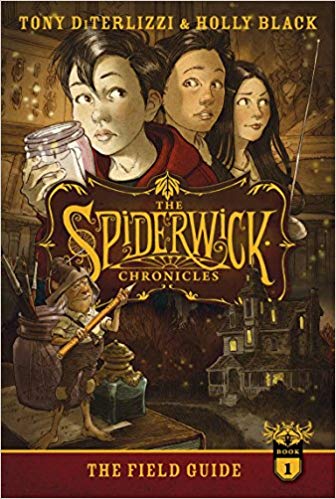 In partnership with Lincoln Theater, Skidompha Library is happy to announce the upcoming “Mysterious Fun,” film series, featuring free films for young audiences on Saturday mornings. Skidompha will be giving away free copies of the corresponding books to the public (to keep!); one per family, while supplies last.
All the movies in this series are free and open to the public of all ages. While we encourage families to read these titles, it is not required to attend the movies.
From Lincoln Theater’s Website:
First in the “Mysterious Fun” series is the 2008 film “The Spiderwick Chronicles” (PG), based on the series of children’s books by Tony DiTerlizzi and Holly Black. Twin brothers Jared and Simon Grace (Freddie Highmore), along with their sister Mallory, find themselves pulled into an alternate world full of faeries and other creatures, upon moving into the run-down Spiderwick Estate with their mother (Mary-Louise Parker).
Unable to explain the strange disappearances and accidents that seem to be happening on a daily basis, the family blames it all on Jared, but when he, Simon, and Mallory investigate what’s really going on, they uncover the fantastic truth of the Spiderwick estate and of the creatures that inhabit it.
Running time: 1 hour, 36 minutes
This is a free event.
+ Google Calendar+ iCal Export