CHAT – Abdi Nor Iftin: True Story of Immigrating to America from Somalia 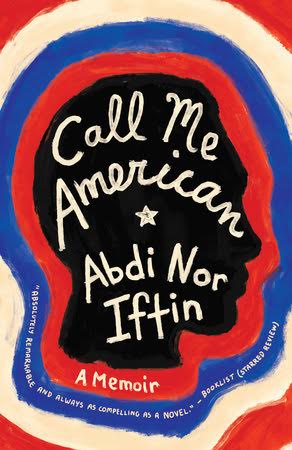 Abdi Nor Iftin, the author of Call Me American, will be a featured CHATS speaker at Skidompha on April 16 at 5:30 p.m. in the library’s Porter Meeting Hall.

Call Me American is the true story of the author as a boy living in war-torn Somalia who escapes to America–first by way of the movies; years later, through a miraculous green card lottery.

Iftin currently lives in Freeport, where he works as an interpreter for Somalis who have immigrated to the state. Abdi was accepted to the University of Southern Maine, where he will be studying political science.

Abdi first fell in love with America from afar. As a child, he learned English by listening to American pop artists like Michael Jackson and watching films starring action heroes like Arnold Schwarzenegger. When U.S. Marines landed in Mogadishu in the early 1990s to take on the warlords, Abdi cheered the arrival of these real Americans, who seemed as heroic as those of the movies.

Sporting American clothes and dance moves, he became known around Mogadishu as “Abdi American,” but when the radical Islamist group al-Shabaab rose to power in 2006, it suddenly became dangerous to celebrate Western culture. Desperate to make a living, Abdi used his language skills to post secret dispatches to NPR and the Internet, which found an audience of worldwide listeners. But as life in Somalia grew more dangerous, Abdi was left with no choice but to flee to Kenya as a refugee.

In an amazing stroke of luck, Abdi won entrance to the U.S. in the annual visa lottery, though his route to America–filled with twists and turns and a harrowing sequence of events that nearly stranded him in Nairobi–did not come easily. Parts of his story were first heard on the BBC World Service and This American Life. Now a proud resident of Maine, on the path to citizenship, Abdi Nor Iftin’s dramatic, deeply stirring memoir is truly a story for our time: a vivid reminder of why western democracies still beckon to those looking to make a better life.

Iftin’s first book has received international attention, and Iftin has been interviewed by The New York Times and National Public Radio’s “Weekend Edition Sunday.” A Publishers Weekly book reviewer described Iftin’s book as “[A] wrenching yet hopeful autobiography… Iftin’s extraordinary saga is not just a journey of self-advancement but a quest to break free from ethnic and sectarian hatreds,”  Kirkus noted Call Me American “A searing memoir…that impressively remains upbeat, highly inspiring, and always educational.”