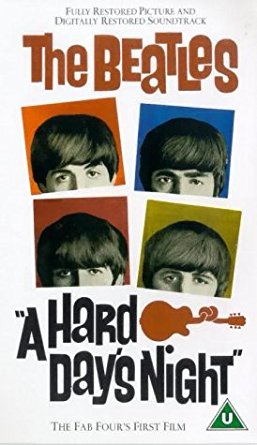 A Hard Day’s Night is a British musical comedy film directed by Richard Lester and starring the Beatles during the height of Beatlemania. The film portrays several days in the lives of the group, with plenty of zany antics and hysterical fans.

Time magazine rated it as one of the all-time great 100 films, and the film is credited as being one of the most influential of all musical films, inspiring numerous spy films, the Monkees’ television show and pop music videos. (1964)