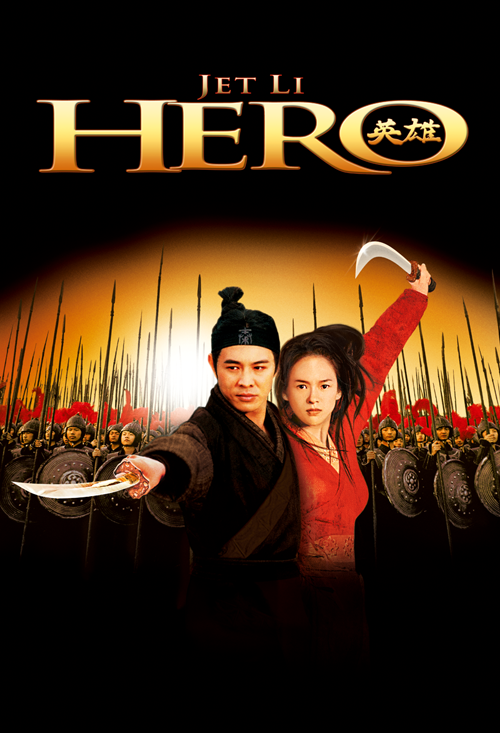 In ancient China during the Warring States period, Nameless, a Qin prefect, arrives at the Qin capital city to meet the king of Qin, who had survived an attempt on his life by the assassins Long Sky, Flying Snow, and Broken Sword. As a result, the king has implemented extreme security measures: no visitors are to approach the king within 100 paces. Nameless claims that he has slain the three assassins and he displays their weapons before the king, who allows the former to approach within ten paces and tell him his story. (2002)