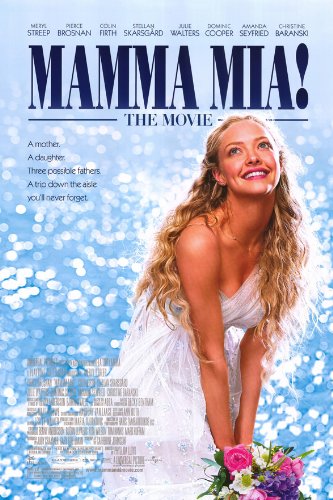 The story of a bride-to-be trying to find her real father told using hit songs by the popular 1970s group ABBA. On the Greek island of Kalokairi, 20-year-old bride-to-be Sophie Sheridan reveals to her bridesmaids that she has secretly invited three men to her wedding without telling her mother, Donna. They are the men that her mother’s diary reveals could have been her father: Irish-American architect Sam Carmichael, Swedish adventurer and writer Bill Anderson, and British banker Harry Bright. She dreams of being given away by her father at her wedding, and believes that after she spends time with them she will know which is her father. (2008)