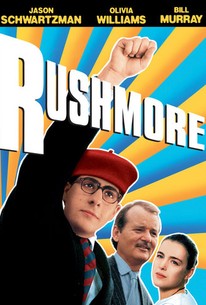 Directed by Wes Anderson, this film centers around an eccentric teenager named Max Fischer (Jason Schwartzman in his film debut), his friendship with rich industrialist Herman Blume (Bill Murray), and their mutual love for elementary school teacher Rosemary Cross (Olivia Williams). The movie helped launch the careers of Anderson and Schwartzman while establishing a “second career” for Murray as a respected actor in independent cinema. Rushmore is considered one of Anderson’s finest works and was ranked one of the best films of the 1990s by several publications. In 2016, the film was selected for preservation in the United States National Film Registry by the Library of Congress as being “culturally, historically, or aesthetically significant.” (1998)