Richard Blanco at the Lincoln Theater 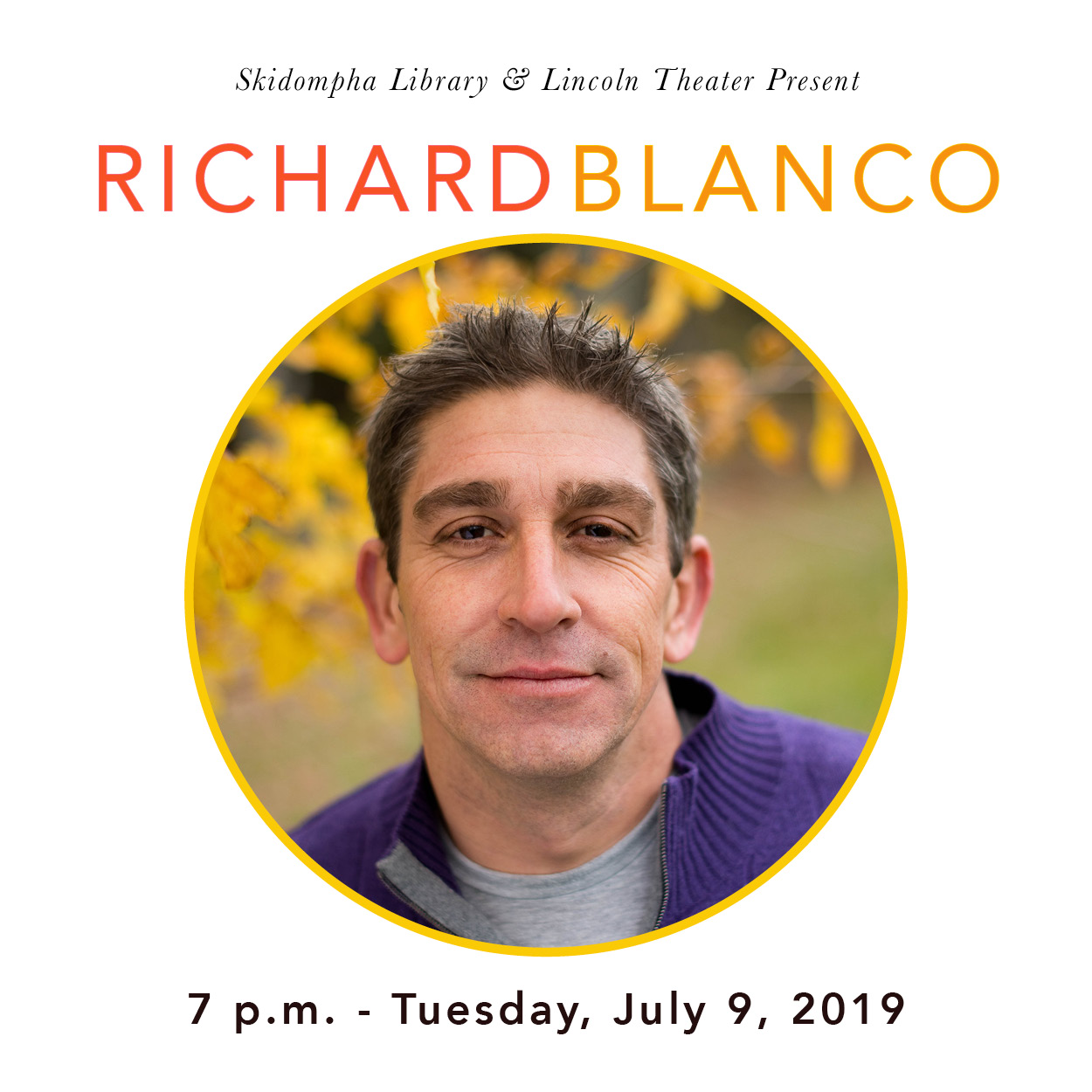 Please join us for a special presentation by Richard Blanco at the Lincoln Theater. Blanco will be selling and signing copies of his new book of poetry, How to Love a Country, following the presentation.

Tickets are available for $20 at Skidompha’s front desk, at the Lincoln Theater, Sherman’s Maine Coast Book Shop, and online at www.supportskidompha.org.

All proceeds benefit Skidompha Library. Special thank you to Lincoln Theater for their partnership.

More information about Blanco and his newest book of poetry, “How to Love a Country”:

“How to Love a Country” both interrogates the American narrative, past and present, and celebrates the still unkept promise of its ideals. About this collection, poet Carolyn Forché reflects, “In this timely collection, Richard Blanco masterfully embraces his role as a civic poet, confronting our nation’s riddled history in the light of conscience. At once personal and political, these lyric narratives decry injustice and proclaim our hopes.”

Richard Blanco’s mother was seven months pregnant with him when his family arrived as exiles from Cuba to Madrid, where he was born. Forty-five days later, the family immigrated once more to New York City and eventually settled in Miami. By the time he was a few weeks old, Blanco already belonged to three countries, foreshadowing the negotiations of cultural identity, community, and belonging that would shape his life and continue to inform his work.

In 2013, Blanco was selected by President Obama as the fifth inaugural poet in U.S. history, joining the ranks of such luminary poets as Robert Frost and Maya Angelou. He is the youngest and the first Latino, immigrant, and gay person to serve in such a role. His inaugural poem, “One Today” was published as a children’s book, in collaboration with renowned illustrator Dav Pilkey

A committed proponent of the civic role that poetry can fulfill in the public realm, Blanco’s work addresses sociopolitical matters that affect us collectively. He has authored three collections of poetry: City of a Hundred Fires, which received the Agnes Starrett Poetry Prize from the University of Pittsburgh Press; Directions to The Beach of the Dead, recipient of the Beyond Margins Award from the PEN American Center; and Looking for The Gulf Motel, recipient of the Paterson Poetry Prize and the Thom Gunn Award. He has also written the memoirs For All of Us, One Today: An Inaugural Poet’s Journey and The Prince of Los Cocuyos: A Miami Childhood, winner of a Lambda Literary Award. Boundaries, a collaboration with photographer Jacob Hessler, challenges the physical and psychological dividing lines that shadow the United States.

Blanco has written occasional poems for major events, including the re-opening of the U.S. Embassy in Cuba, “Freedom to Marry,” the Tech Awards of Silicon Valley, and the Boston Strong benefit concert following the Boston Marathon bombings. He is a Woodrow Wilson Fellow and has received numerous honorary doctorates. He has taught at Georgetown University, American University, and Wesleyan University. He serves as the first Education Ambassador for The Academy of American Poets.